In a highly unusual development, a law was passed in 2020 to change the metric used to rate the efficiency of large-diameter ceiling fans made for sale in the United States and Canada.

On May 27, 2021, the U.S. Department of Energy (DOE) published in the Federal Register a final rule codifying the change of the regulatory metric for large-diameter ceiling fans (LDCF) from cubic feet per minute per Watt (cfm/W) to ceiling fan energy index (CFEI).

This article describes cfm/W and explains why a change in metric was needed.

The DOE defines LDCF as a ceiling fan with a blade span greater than 7 ft (2.1 m). Blade span is fan diameter plus the extent to which fan diameter is enlarged by “wing tips” extending from the blades (Figure 1).

A different test procedure is used for ceiling fans with diameters less than or equal to 7 ft (2.1 m).

ANSI/AMCA Standard 230, Laboratory Methods of Testing Air Circulating Fans for Rating and Certification, describes how to perform laboratory measurements for LDCF and calculate cfm/W for a given speed, specifying that, for variable-flow LDCF, tests be conducted at five speeds: 20 percent, 40 percent, 60 percent, 80 percent, and 100 percent. An average cfm/W is not calculated as part of the ANSI/AMCA Standard 230 procedure.

ANSI/AMCA Standard 230 describes how to uniformly measure or calculate and report:

The initial DOE test procedure requires the same five speeds, but additionally requires that power consumption be measured while a fan is idle. In calculations of cfm/W, the five operating speeds are equally weighted by time (2.4 hr, for a total of 12 operating hours per day) and averaged. Standby-power time is estimated to be
12 hr per day. 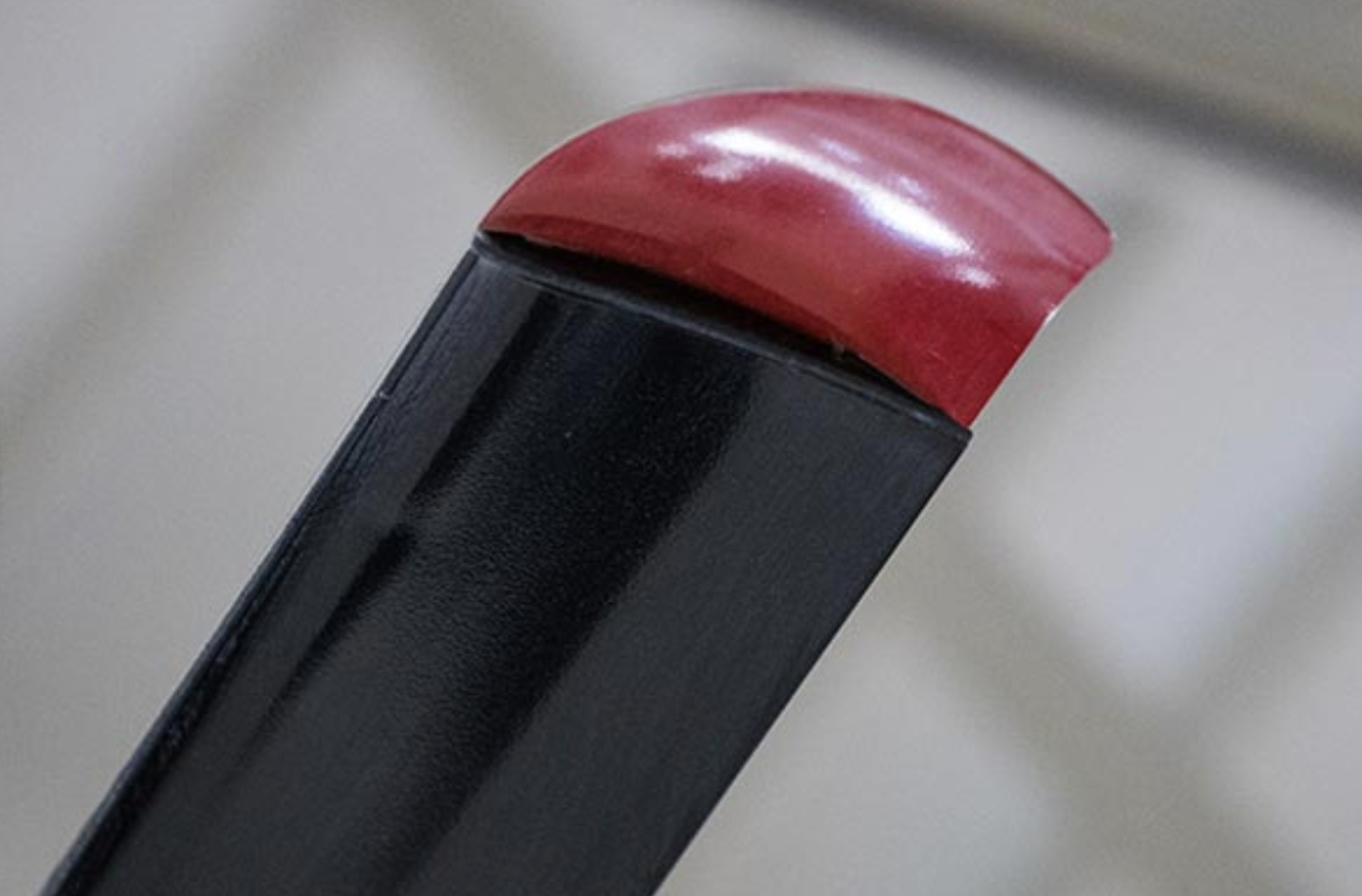 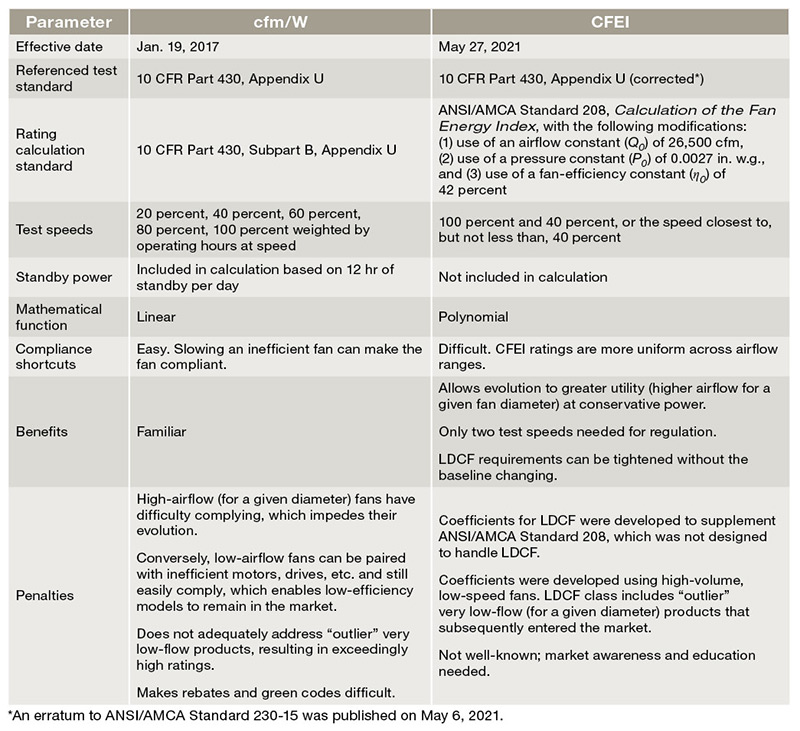 TABLE 1. Comparison of cfm/W and CFEI.

Because of the relationship between power and airflow defined in the fan laws, cfm/W can be gamed more easily than can CFEI. Figure 2 shows airflow vs. power for five different 24-ft- (7.3 m) diameter fans. For a given airflow, the lower a curve on the chart, the more efficient (less power) the fan. Despite differences in true operating efficiency at any common duty point, each of the five fans has a rating of 234 cfm/W (0.110 [m3/s]/W). In contrast, CFEI ratings at high speed are dramatically different. The most efficient fan (lowest power for a given airflow) is Fan 1, which has a CFEI rating of 1.72. The least efficient fan (highest power for a given airflow) is Fan 5, which has a CFEI rating of 0.63. While both Fan 1 and Fan 5 would comply with the cfm/W minimum-efficiency requirement, Fan 1 would significantly exceed the DOE minimum-efficiency requirement of 1.00 at high speed, while Fan 5 would be non-compliant, as its CFEI is less than 1.00. Table 2 summarizes the CFEI and cfm/W ratings for each of the fans in Figure 2. As illustrated by this example, CFEI provides a better representation of how efficiently a LDCF performs.

CFEI was developed to make inefficient fans less likely to comply through the use of slower speeds, such as those used to game the cfm/W metric, and to remove the unintentional barrier to compliance for high-performing high-utility fans.

For discussion of CFEI and how it came to replace cfm/W, how to comply with CFEI requirements in the U.S. Code of Federal Regulations, and how CFEI is reflected in AMCA International standards, testing, and certification, see the full “Introducing Ceiling Fan Energy Index (CFEI) and Changes to the U.S. Regulation for Large-Diameter Ceiling Fans” white paper on the AMCA International large-diameter-ceiling-fan microsite at www.amca.org/ldcf.