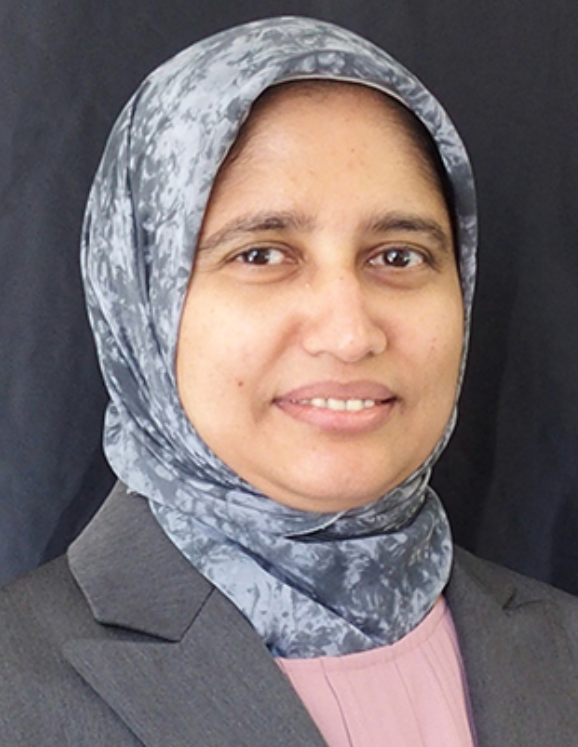 Mohsina was selected for the second annual list from more than 150 nominees representing “all levels of the industry, from those just entering the sector to industry professionals boasting 30-plus years of experience,” Editor in Chief Herb Woerpel writes in the February issue of Engineered Systems.

“This is truly a hall-of-fame-caliber list of women in this industry,” Woerpel continues. “I couldn't be prouder of the honorees or the engagement this contest created within the consulting, mechanical, and facility engineering industry.”

When Mohsina joined the AMCA staff in November 2011, few could have foreseen such an honor.

Hired from a temporary staffing agency, Mohsina, who holds a bachelor’s degree in electrical and electronic engineering from Bangladesh University of Engineering and Technology and a master’s degree in electrical engineering from the University of Dayton, got her start with AMCA working part-time checking manufacturer catalogs for compliance with requirements of the association’s Certified Ratings Program (CRP). She proved to be a quick study, however, and eventually landed a full-time position as project engineer.

When the U.S. Department of Energy announced its intention to regulate fans, Mohsina volunteered to develop databases and spreadsheets of product data and to analyze the data in support of AMCA advocacy efforts. She soon was drawn into other projects, including the development and updating of AMCA test standards. Meanwhile, her knowledge of Middle Eastern and Indian culture proved integral to AMCA’s growth in the Middle East.

In March 2017, Mohsina was promoted to associate director of certification, a role that saw her responsible for directing the activities and managing the staff of the CRP. Her technical acumen and intense focus on member satisfaction led to her promotion to technical director in May 2019.

“Nazme earned this opportunity,” AMCA Executive Director Mark Stevens said. “Two important aspects of leadership are competency and congruency between how you act and what’s important to you. Nazme pegs the needle in both of those areas.”

To read Mohsina’s full 20 to Watch: Women in HVAC profile (an abridged version appears in the February issue of Engineered Systems)—in which she talks about being accepted in a male-dominated industry as not just a woman, but an immigrant Muslim woman; the proudest moment in her career so far; challenges women in the engineering profession face; what drives/motivates her; and mentors who have helped her to succeed—click here.

Air Movement and Control Association (AMCA) International Inc. is a not-for-profit association of manufacturers of fans, dampers, louvers, air curtains, and other air-system components for commercial HVAC, industrial-process, and power-generation applications. With programs such as certified ratings, laboratory accreditation, verification of compliance, and international-standards development, its mission is to advance the knowledge of air systems and uphold industry integrity on behalf of AMCA members worldwide. For more information about AMCA, visit www.amca.org.